How it all started

Our roots lie in the parents' initiative 'Photo & Child for Better Pictures'. And that happened:

One day we picked up our daughter Lilli from kindergarten. She was in tears. Because on this day came the pictures that a photographer had made a few weeks earlier by the children. Lilli is certainly not vain, but her appearance is also very important to little girls. When she saw the photos, she was devastated.

From the so pretty and fun-loving girl was not visible in the photos. A tragedy. We bought the pictures anyway, because you want to have a memory of the kindergarten later. Nevertheless, we were very annoyed because the pictures were not exactly cheap.

The next shock came for us when we sent some pictures to Grandma. Prompt came a call, who was the sad looking girl in the photos. Well, grandma had not seen Lilli for a couple of months, but if her own grandma does not recognize her own granddaughter, there's nothing wrong with grandma or the pictures. But everything is right with Grandma - ask Lilli

Then we started to look around in kindergarten. Lo and behold, all the parents we talked to were dissatisfied with the pictures. For the most part, they were bought anyway. There was something wrong about it.

We continued research. An insider told us that there are only two big companies in the industry. These companies never appear on their own, but constantly under changing names. The 'photographers' are usually not at all, but are trained quickly. The business knows only one goal: profit maximization. Quality does not matter.

We said to ourselves: we do not want to fall for such a company again. Again we wanted to spare our daughter Lilli such a disappointment. So we decided to organize the photo shoot next year.

We called a friendly photographer. He has a photo studio and mastered the craft from the bottom up. He could not do that at the price, and the other parents were certainly not ready to pay the price of a studio recording. Because that is about five times a normal school portrait. Therefore, we agreed with the photographer differently: we take care of the organization, the process, the deductions and the collection. He takes good pictures, nothing else. What can I say? The results were fantastic. No comparison to the (also handicraft) bad photos of Lilli. At the beginning we underestimated the work we do with organizing a photo shoot - but what you do not do for your child.

The other parents in the kindergarten were thrilled. Finally great pictures for a reasonable price.

The pictures made the round like wildfire: more and more acquaintances and friends of us wanted to have good pictures of your child. First came inquiries from kindergartens where siblings of children of our kindergarten went. A little later came requests from small schools. Of course we wanted to help and did what we could.

Our little project started to become independent. We received more and more inquiries and in our spare time, this was no longer to cope. So we decided to put the project on a sound footing: our parents' initiative Foto und Kind should act as a professional company.

And since then there is Foto-und-Kind. Even today we commission good photographers throughout Germany and Austria to take good pictures. We will do the rest. We are a bit bigger than we were then, but our customers are thrilled as on the first day. One thing we can say: we want to stay true to our roots in the future and produce great pictures for a reasonable price. Promised. 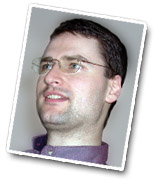 So far, there were two ways to have your child photographed:

You can hire a single photographer in your area who comes to your school or kindergarten. The results are often good, but the price is usually very high.
In addition, the quality of photographer to photographer can vary greatly.

Another option is to hire a professional company:
An crowd of barely trained photographers work for these companies; the price is relatively low and the quality of the images is often poor.

A major shortcoming here is that the photographers often work on piece rate and thus can barely pay attention to the children. You never know who comes to you and with luck is it a good photographer.
In addition, some competitors make many promises to schools:
Money and even complete computer equipment will be given away only if the photos are made by the company XY.
It goes without saying that companies need to save the money elsewhere... and this practice is prohibited in germany.

This is exactly where we start. Because we combine the advantages of both possibilities, without having to put up with the disadvantages.
When we take care of your photos, we hire a local photographer.
One that we know makes good pictures and works well with kids.
We monitor the quality of the recordings.
We take more pictures than a single photographer, therefore we pay better prices in the specialist laboratory. We can fully pass this advantage on to you.

However, we do not save on specialist staff, recording equipment, photo paper or even service.

In order to be able to offer you these very low prices, we have realized a completely new approach: we optimize the processes.
We set a software specially developed for school and kindergarten photography and thus ensure optimal order processing and for exceptionally good portrait image editing.

A single photographer can not do it all alone - and he should not, after all, he is an artist who wants to concentrate fully on his pictures.

Join us in contact or request a offer from us.